The third edition of the EBART (Evidence-Based Artificial Reproduction Technology) congress took place on 18-19 February 2021 in a new and fresh online format, taking advantage of the convenience and safety provided by technology.

The main aim was to discuss hot topics in ART through the lens of medicine based on scientific evidence by some of the world’s leading experts in assisted reproduction. With a record attendance of over 2,000 participants from 40 different nationalities, the 2021 EBART event featured a line-up of highly recognised national and international speakers coordinated by Rita Vassena, the Eugin Group’s Chief Scientific Officer, and Amelia Rodríguez-Aranda, the Eugin Group’s Medical Director. “In this third annual event, we took advantage of the benefits of technology to expand EBART’s message even further, if that is possible, and we shared the latest advances and research in assisted reproduction with the scientific community, putting the present and future of assisted reproduction on the table from the clinical, scientific and social points of view,” says Dr. Rodríguez-Aranda.

Among the clinical topics covered were issues such as personalised ovarian stimulation in fertility treatments and the evidence for recommending single embryo transfers; regarding scientific matters, different aspects related to egg donation, endometritis in reproduction and the ways of influencing the age of oocytes were addressed. On social issues, topics such as the anonymity of donations in the era of normalisation of DNA genetic testing, the social and cultural implications for children born from assisted reproduction treatments and factors to be considered regarding assisted reproduction and the age of the woman were raised. Finally, the Congress addressed other relevant topics in the world of assisted reproduction such as the managing of mosaic embryos, among others.

In addition to the above, EBART 2021 featured a surprise presentation by Professor Fátima Crispi, director and researcher of the Fetal and Perinatal Medicine group at the Hospital Clínic in Barcelona. Crispi’s team has been studying the impact of low birth weight on adult health for more than a decade and has just published a study in the journal Scientific Reports, which concludes that people born at less than 2.5 kilos have three times the risk of COVID-19 infection developing into a serious disease. 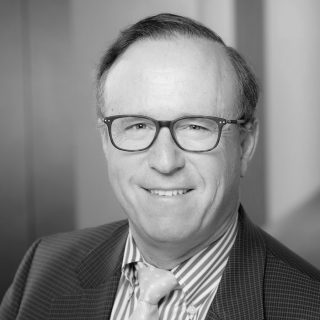 Dr. Michael Alper is a reproductive endocrinologist at Boston IVF and a Clinical Professor at Harvard Medical School. He specializes in all aspects of fertility care. He is one of the co-founders of Boston IVF.
His researches are dedicated to improving the efficiency of fertility treatments. He contributes to infertility articles, abstracts, letters, and actively lectures at scientific meetings throughout the world. He is the author of “The Boston IVF Handbook of Infertility”.
Dr. Alper is also an Associate Clinical Professor in the Department of Obstetrics, Gynaecology and Reproductive Biology at Harvard Medical School, where he teaches the next generation of fertility experts and performs crucial research to improve future care. 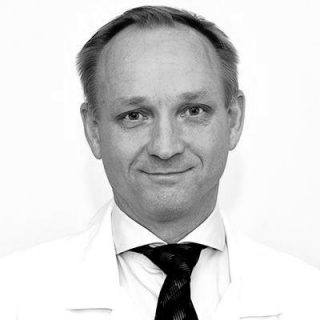 Mats Brännström is Professor and Chairman Department of Obstetrics & Gynaecology Sahlgrenska Academy, University of Gothenburg. He is also the President of the International Society of Uterus Transplantation (ISUTx).
His research activities include female reproductive health, and translational and clinical research. His current research is about improving diagnostics, treatment and postoperative care for a number of common female health issues by performing experimental, clinical and epidemiological studies. 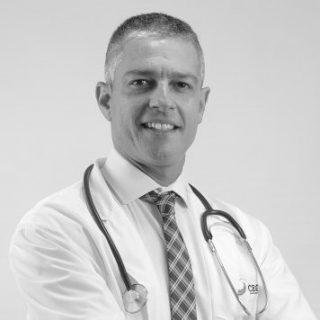 Demián Glujovsky is Director and Founder of Fertility Argentina, the international patient’s unit of CEGYR in Buenos Aires. He is specialist in reproductive medicine.
His research activities are about ovodonation, in vitro fertilization, assisted fertilization, preimplantation genetic diagnosis, reception of ovules of the couple, ovules freezing and reiterated implantation failure. He published more than 30 articles and scientific researches.
He is usually invited as speaker in many international conferences and workshops. He works on the development of tools that facilitate shared-decision aid between patients and doctors, making strong the democratization of knowledge by doctors. 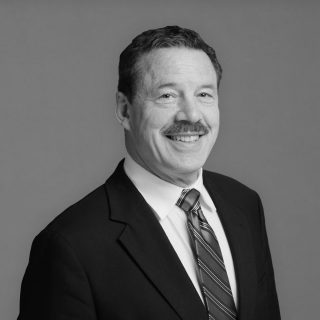 Doctor David Keefe is an obstetrician-gynaecologist in New York, and is affiliated with NYU Langone Hospitals. He is specialized in reproductive endocrinology and infertility, and in gynaecology.
His research interests are reproductive aging, oocyte dysfunction, telomeres, meiosis, stem cells, oocytes, genome integrity and stem cell biology. 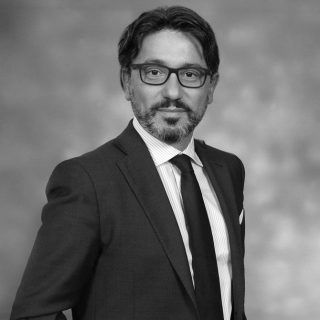 Antonio La Marca is Associate Professor at the University of Modena and Reggio Emilia. He is specialist in Gynaecology and Obstetrics.
He is involved in clinical programs related to medically assisted procreation, fertility preservation, gynaecological endocrinology and mini-invasive surgery. His methodologies for measuring ovarian reserve and their use in therapy personalization are currently considered the international standard.
Prof. La Marca has an intense teaching activity, teaching in various degree courses and participating as a speaker in numerous international conferences. 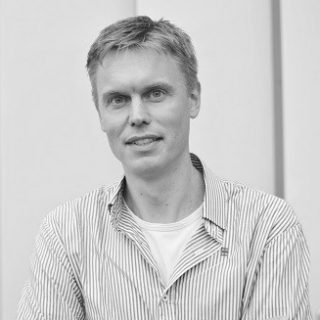 Sebastiaan Mastenbroek is an Assistant Professor and Senior Clinical Embryologist at the Academic Medical Centre of the University of Amsterdam.
His research is focus in preimplantation genetic screening (PGS). He has written many articles about it that caused controversy on the use of PGS.
From a broader perspective, he is interested in ovarian aging, early human development, implantation, assisted reproductive techniques and evidence-based laboratory practice. 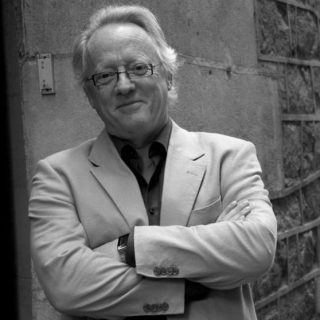 Guido Pennings is professor of ethics and bioethics at Ghent University (Belgium) and director of the Bioethics Institute Ghent (BIG).
He has published extensively on ethical problems associated with medically assisted reproduction and genetics including sex selection, gamete donation, stem cell research, fertility preservation, and preimplantation genetic diagnosis.
He is past coordinator of the Special Interest Group on Ethics and Law of the ESHRE, member of the National Advisory Committee on Bioethics in Belgium, and chair of the Federal Commission on Scientific Research on Embryos in vitro. 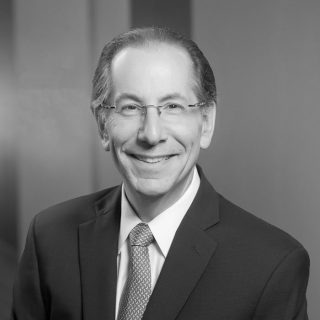 Alan Penzias is a reproductive endocrinologist at Boston IVF and an Associate Professor at Harvard Medical School. He is double board-certified in Obstetrics and Gynaecology and in Reproductive Endocrinology and Infertility. He specializes in all aspects of infertility care.
He has worked as a clinician and research scientist in reproductive medicine for 25 years. His principal research interests focus on quality and improving treatment outcomes through evidence-based medicine.
Dr. Penzias has published more than 100 research and clinical texts, including more than 50 original peer-reviewed papers, as well as multiple reviews, books and book chapters. He is a member of the World Health Organization Infertility Global Guidelines and Research Group and he is also an associate editor and member of the Editorial Board of Fertility and Sterility and Emeritus Editorial Board of Reproductive Biomedicine Online. 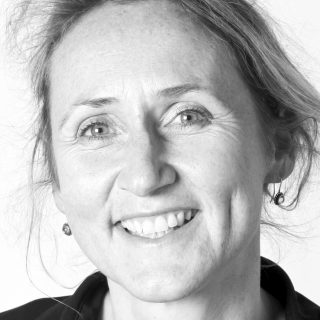 Anja Pinborg is specialist in reproductive medicine and professor in Obstetrics and Gynaecology at the Fertility Centre, Hvidovre Hospital, University of Copenhagen.
Her research activities include reproductive epidemiology, quality and safety in ART and children follow-up. Related with this, she published 150 scientific articles in peer-reviewed journals, seven book chapters and several editorials and opinion letters.
In her career she has received a lot of awards, such as “The best oral presentation” in ESHRE 2006. She is a current member of ESHRE, as national representative for Denmark, and she also was the chairman for the Nordic Fertility Society. Anja is the current scientific editor in chief for the Danish Medical Journal. 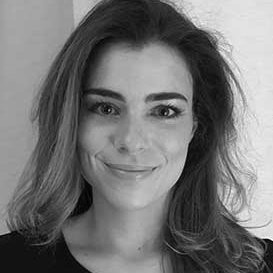 Mina Popovic is an embryologist and PhD researcher in Reproductive Medicine Ghent University Hospital.
Her research involved the establishment and optimization of in vitro models of human peri-implantation development, derivation and differentiation of human embryonic stem cells, as well as low input DNA and RNA next generation sequencing.
She won the Fertility Society of Australia Exchange Award, ESHRE 2017, and the Belgian Society for Reproductive Medicine Award for Best Presentation at the 40TH Annual Meeting, 2018. She is Fertility Society of Australia member, Senior Deputy ESHRE Special Interest Group Stem Cells and ESHRE member. 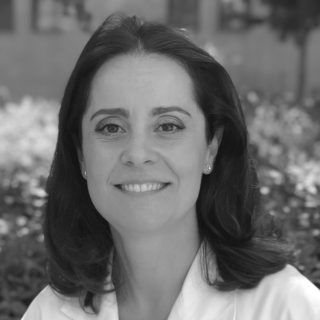 Amelia obtained her medical degree in 2001 and completed her residency in Obstetrics and Gynaecology in 2006 at the University of Seville, Spain. She then trained in reproductive medicine in several clinics in New York, Rome and Madrid before joining Clínica Ginemed, a Reproduction and Gynaecological Centre in Seville in 2006. In 2010, she joined Clínica Eugin in Barcelona, where she is Medical Director since March 2013; in 2016, her director duties expanded to all clinics of the Eugin Group.
Her main research interests are ART technique training and the application of new ultrasound technologies to human reproduction. She earned her PhD on “Training in ART” in the UB University of Barcelona in June 2017. She has co-authored multiple research papers in international scientific journals and is a regular speaker at national and international meetings. 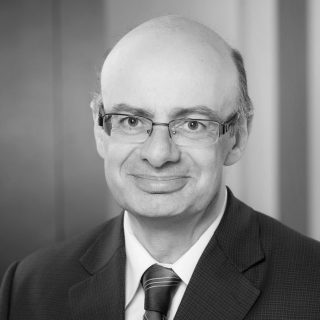 Denny Sakkas is Scientific Director at Boston IVF and remains as an Associate Professor at the Department of Obstetrics, Gynaecology and Reproductive Sciences at the Yale University School of Medicine.

He has published more than 100 peer reviewed manuscripts and 30 chapters in the field of fertilization, early embryo development and male infertility.

He is internationally recognized, having organized conferences and workshops on reproduction related topics, and is frequently invited as a speaker at major conferences worldwide. He is currently on the Editorial Board of 5 leading journals, including Human Reproduction Update and Reproduction. 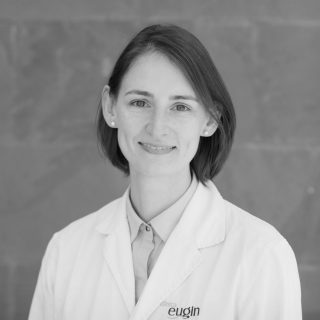 Rita Vassena received a DVM and PhD from the University of Milan, Italy. She completed her postdoctoral training at the Fels Institute for Cancer Research, Philadelphia, where she focused her work on the early events of chromatin remodeling after somatic cell nuclear transfer.

She has been a researcher at the Center of Regenerative Medicine in Barcelona – Spanish National Stem Cell Bank, where she focused her studies on the developmental competence of human embryos, as well as studying pluripotency in embryonic and induced stem cells.

Since 2011 she is the Scientific Director of the EUGIN Group, where she coordinates the international research in the area of human IVF, and directs the basic research laboratory, located in Barcelona. Dr.Vassena has co-authored more than 60 research papers in several high ranking journals and is a frequent speaker at international meetings. She was the Coordinator of the Special Interest Group for stem cells of ESHRE (European Society for Human Reproduction and Embryology), and is currently serving as an Executive Member of the same society. 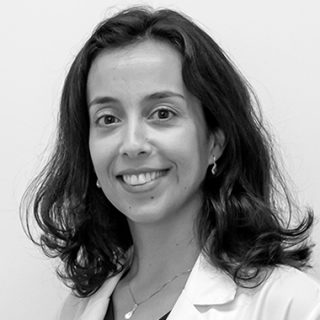 THE EBART CONGRESS IS ENDORSED BY